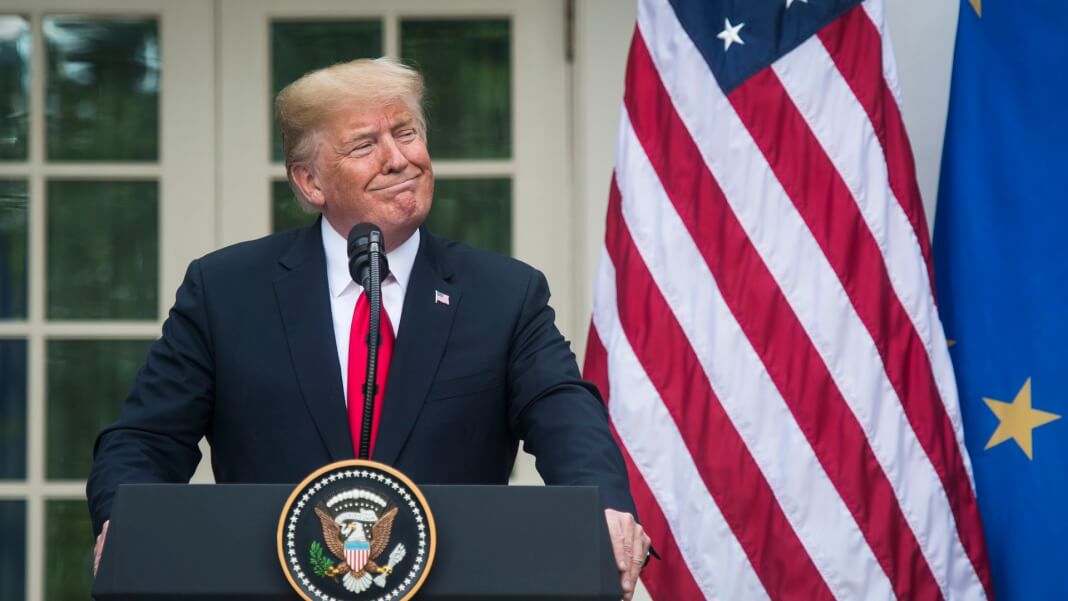 As the US and China exchanged fresh tariff blows on each other, reaction pattern from both sides indicate that Trump’s stubborn stand is yielding some results for him.

Li was making the keynote address at the World Economic Forum Conference in Tianjin, northeastern China on Wednesday.

But the US representatives at the Conference was tougher at their informal press conference.

The two Republican Congressmen represented the US – Darrell Issa, from and Todd Rokita called on China to stop “stealing and cheating”.

They echoed US administration’s accusation that China is violating US companies’ intellectual property rights and stealing American technology and trade secrets.

Latest round of trade war

The US and China are on course for a full-blown tariff war with the fresh round of tariff on bilateral trade. In the latest move, China announced tariff on US goods worth $60 bn in retaliation to Trump’s additional tariff on Chinese imports worth $200 bn.

US tariff of 10 per cent on US $200 billion worth of Chinese products will be effective from September 24; and the tariff rate will increase to 25 per cent on January 1 next year unless China consider US demands.

Reports from both Beijing and Washington indicates no sign of consensus from withdrawing from the tariff war.

From the US side, President Trump is making uni-focus attention on trade deficit and is insisting China to pursue industrial policies that reduces its trade surplus with the US.

“Either China will revise its industrial policy to allow US companies reciprocal market access, or the tariffs will cause US companies to disengage from China and bring manufacturing back to the US, or source imports from countries that do not pose a long-term threat to US security.” – wrote Drew Thomson in a South China Morning Post article.

According to analysts, the latest round of Chinese tariff targets goods such as liquefied natural gas, produced in states loyal to the US President.

But China’s less than full reciprocal response of increasing tariff on $60 bn in retaliation to US tariff on $200 bn is interpreted as victory for Trump in the early rounds.

Trends indicate Trump sitting strong because of his huge popular backing despite criticism from intellectual community.

“Dissatisfaction among the US elites toward China’s rise is believed to be the main reason behind the US President Donald Trump administration’s trade war against China”. The Global Times described how the Trump action bears more domestic influence.

More than anything else, macro data on US economy gives a thump up to the US President. Once, saddled with recession, the US economy is now booming with more faster GDP growth of 4.2%, employment creation and the stock market and consumer confidence are going on fresh highs.

Besides, Trump has emerged as a petro-political star at home by promoting US Shale in overseas markets.

Trump is aggressive even on allies from West and is forcing them to work on their trade surplus with the US.

China on the other hand, is searching for new options to handle with the situation. Beijing has already announced supportive measures for industries that are suffering from US tariffs. Still, it’s a long way for them to tackle the trade war situation to avoid disadvantageous outcomes.