Home Classroom What is the significance of the India-UAE FTA?

India and the United Arab Emirates (UAE) signed a Comprehensive Economic Partnership Agreement (CEPA) on February 19th, 2022. This is the first major FTA with any gulf country for India. The proposed FTA will give a new direction to India’s trade engagement as the country is looking Westwards to engage in useful trade agreements. In this context, the FTA with UAE is of critical importance.

The India-UAE FTA envisages expansion of bilateral trade from the current level of $60 to $100 bn in five years. Expansion of the trade will provide employment generation especially in food processing. As part of the FTA, both countries also agried to accelerate efforts for the settign up of an investment zone for UAE companies in India on Joint Venture mode.

Though a small economy, UAE is a major trade partner for India. The United Arab Emirates is India’s third largest trading partner (exports and imports together). More importantly, it is the second largest largest export destination for India. Bilateral trade between the two countries recorded $43.3 billion in 2020-21. Exports were $16.7 billion, and imports, driven by oil, pushed the balance in favour of the UAE at $26.7 billion in 2020-21.

The government has signed a Comprehensive Economic Cooperation and Partnership Agreement (CECPA) with Mauritius on 22 February 2021. At present several FTAs with the UK, the EU, Australia, Israel and Canada are on the negotiation table.

Coverage of the CEPA

The significance of CEPA as a trade liberalisation format is that it covers other trade-related areas like agreements on services trade, investment and other areas of economic partnership besides tariff reduction.

According to the trade officials, the CEPA includes goods, investment, services and digital trade. The extend of liberalisation in each of these components will be known soon. An early harvest agreement on digital trade, aimed at enhancing digital trade is proposed. For India, the agreement will help considerably to boost exports of gems and jewellery, textiles, and leather goods. 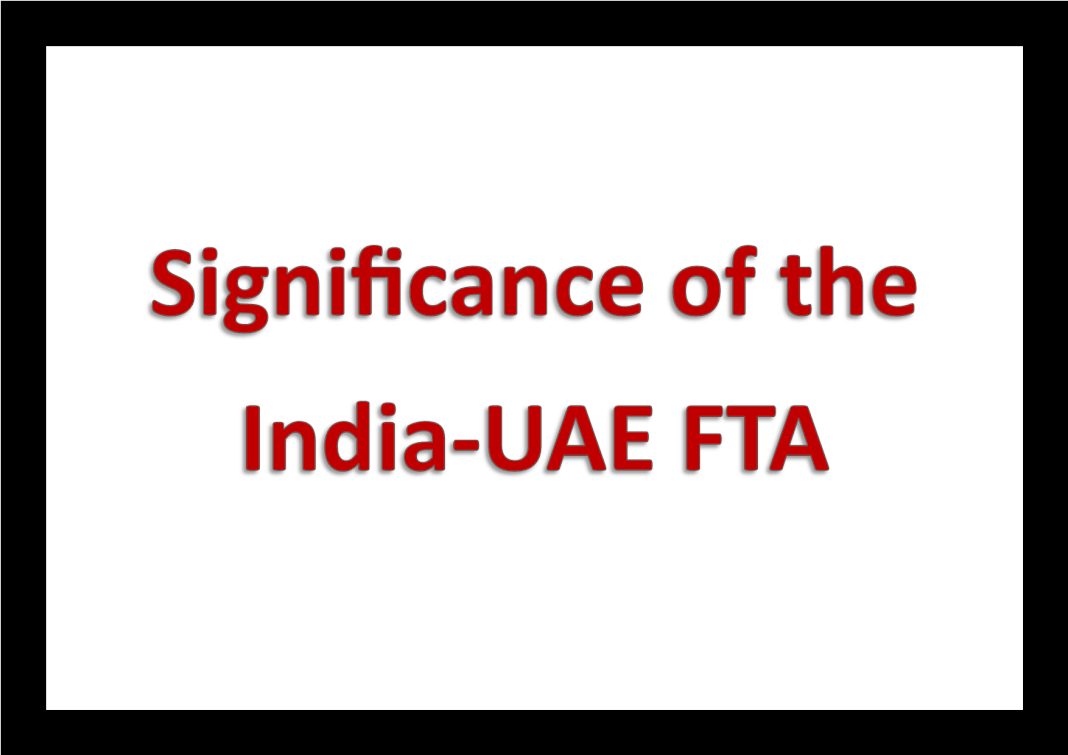 What is Gold Monetisation Scheme? How it works?

What is Self- Help Group (SHG) -Bank Linkage Programme?