Generally, taxpayers would like to reduce their tax burden through permissible and non-permissible tax reduction methods. Here, a large number of tax reduction measures (including the illegal tax evasion) are followed by income taxpayers – both corporate and personal income taxpayers. The different methods adopted to reduce tax liability can be broadly classified into four: tax evasion, tax avoidance, tax mitigation and tax planning. The difference between the four is quite narrow, depending upon interpretations in each tax regimes. Some tax reduction measures like tax mitigation, tax planning and tax avoidance are legally permissible. On the other hand, tax evasion is illegal.

Tax Mitigation: Tax mitigation is a situation where the taxpayer uses a fiscal incentive (tax concession) available to him in the tax legislation so that he need not pay tax. An example of tax mitigation is the setting up of a business by a corporate in a Special Economic Zone (SEZ) to claim a tax exemption (sun rise clause). In such a case, the taxpayer is taking advantage of a fiscal incentive in the form of a tax concession offered to him in the SEZ provisions in the Income-tax Act. As per SEZ rules, the business entity need not pay corporate income tax for the first five years. Tax mitigation is, thus, allowed under the tax statute.

Tax avoidance: Tax avoidance is simply avoiding tax payment by taking the legal opportunities provided to a taxpayer. Since it is not illegal, tax avoidance is some sort of a legally allowable way to reduce the tax burden. It is by and large not well-defined in tax laws. Following are some of the variants of tax avoidance:

Taxpayers generally consider tax avoidance as their legitimate right to arrange their economic activities to minimise tax payments. But recent experiences show that there are large scale tax avoidance measures by MNCs. The Base Erosion and Profit Shifting initiative by the G20 is aimed to counter tax avoidance. Several countries have, therefore, legislated to prevent tax avoidance in various ways (eg GAAR).

Tax evasion: Tax evasion is unlawful and is the result of illegality, suppression, misrepresentation and fraud. Here, the taxpayer is not paying taxes by taking illegal measures.

Tax planning: Tax planning is the framing of a financial plan by the taxpayer in advance to minimise tax payment. Tax planning contains several ingredients, including the timing of income and expenditure, selection of investments and types of retirement plans etc.

Right of the taxpayer for tax mitigation and tax planning

Most business entities, as well as individuals, prefer reduced tax commitments.  A reduced tax is an enhanced income. Hence, the businesses and individuals plans their activities based on tax impact through tax planning.

Tax planning is such a strategic exercise which reduces the tax burden of the company by carefully arranging the different type of business activities aimed to minimise tax payment. Tax planning is rewarding for the business entity but represents a revenue loss for the Government. Aggressive tax planning by business people often makes the revenue authorities shell-shocked and helpless. At the same time, business have the right to carry out tax planning. The Supreme Court in the Azadi Bachao Andolan case, endorsed the right of a taxpayer to ‘plan’ his transactions to mitigate tax liability and upheld that tax planning can not be questioned only because it is ‘tax advantageous’ provided ‘economic substance’ is established. 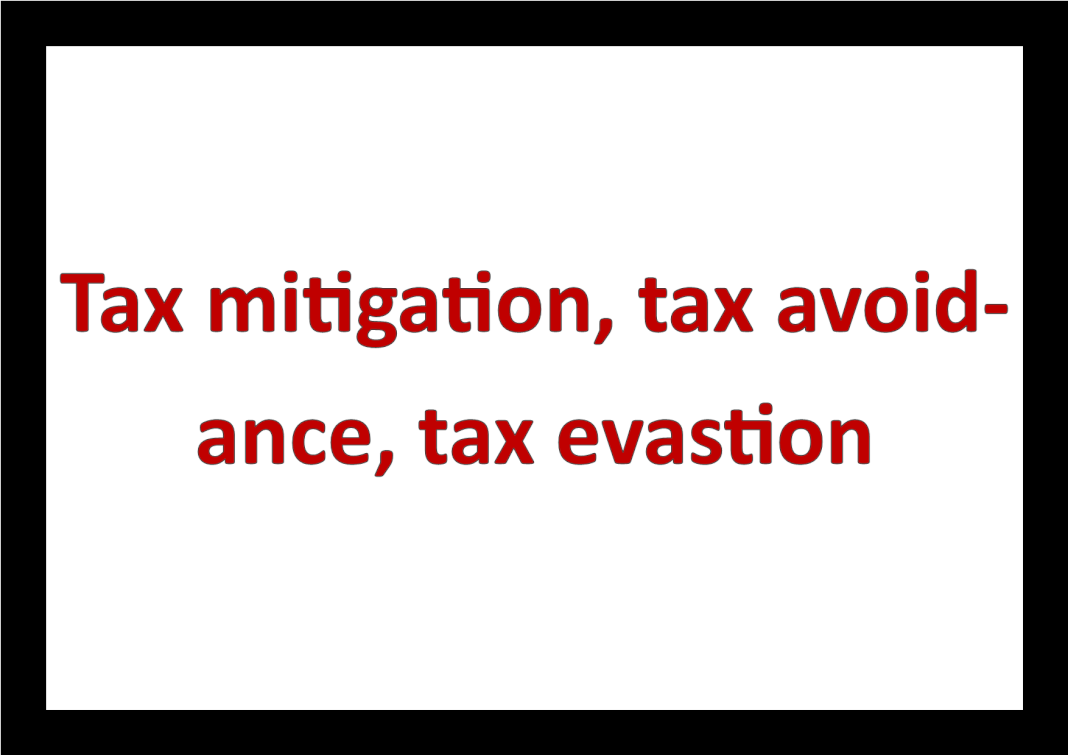 Pradhan Mantri Awas Yojana (Urban) or Housing for All by 2022...