Home Classroom What is impact, incidence and shifting of a tax?

The concepts- impact of a tax, the incidence of a tax and tax shifting are used to distinguish between direct and indirect taxes.

Tax shifting:  tax shifting is the activity of shifting the burden (payment) of a tax from one person to another. For example, in the case of GST, the tax is shifted ultimately from the producer to the consumer. The manufacturer SHIFTED the tax burden to the ultimate consumer.

Tax incidence: INCIDENCE is the final resting point of a tax burden. It shows ultimately who bears the burden of the tax.

In the case of direct taxes like personal income tax, the impact of the tax is on the income-earner, and similarly, he has to bear the incidence as well. Nobody will bear the burden of the tax on his behalf. On the other hand, in the case of an indirect tax, some business firms will be ready to bear a part of the tax (by giving a concession to the consumers) to enhance the sale. In this case, there is a backward shifting of tax. Such shifting is not possible in the case of personal income tax as the impact and incidence will be on the same person. So, direct tax, is a tax whose burden cannot be shifted. 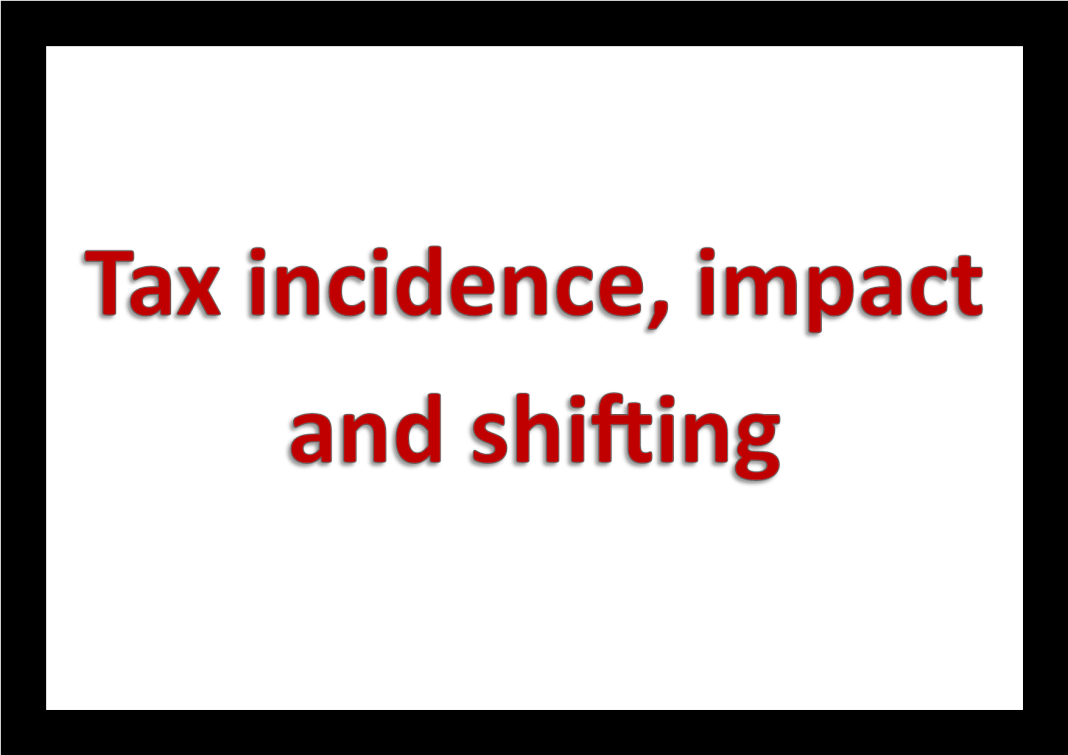