The cooperatives based on the urban sector are becoming sizable entities given their customer base and scale of operations. With the rapid growth of the urban cooperative sector, the RBI is extending strong regulatory and supervisory norms for UCBs. This is because failure of any urban cooperative bank may led to loss of money of large number of depositors. In February 2020, the government has amended the Banking Regulation Act to give more powers to the RBI for regulating the UCBs.

Urban Cooperative Banks otherwise known as Primary Cooperative Banks are an important component of the financial system because of their asset size and high exposure to depositors. Hence, the RBI and the government were making several efforts to ensure that they are healthy and stable.

Who is an Urban Cooperative Bank?

Per Section 56 of the Banking Regulation      Act, 1949, a primary co-operative bank (Urban Co-operative Bank or UCB) means a co-operative society, other than a primary agricultural credit society, whose,

(i) Primary or principal business is a transaction of banking business.

(ii) Paid-up share capital and reserves of which are not less than one lakh of rupees:

The UCBs are diverse in terms of their size and operations. Given this heterogeneity, a differentiated regulatory regime is followed by RBI and thus, the UCBs are categorised under two Tiers (Tier I and II). Tier II UCBs have a larger depositor base and a wider geographical presence compared to the Tier I UCBs. Tier I UCBs is defined as (i) Banks with deposits below `100 crore operating in a single district, (ii) Banks with deposits below ` 100 crore operating in more than one district provided the branches are in contiguous districts and deposits and advances of branches in one district along with constitute at least 95 per cent of the total deposits and advances respectively of the bank and (iii) Banks with deposits below  ` 100 crore, whose branches were originally in a single district but subsequently became multi-district due to reorganisation of the district. All other UCBs are categorised as Tier-II UCBs. This categorisation is based on their branch network, area of operation and the level of deposits. The Banking Regulation Act, 1949, instructs the submission of periodical returns by UCBs to the Reserve Bank of India.

Regulation and Supervision of UCBs by the RBI

The RBI, as the central bank, is known for its prudent regulation and supervision of financial institutions including commercial banks, NBFCs, UCBs etc. In the case of UCBs, the central bank regulates and supervises them to ensure that the institutions are financially fit to deliver their functions. Regulatory norms related to UCBs are there regarding licensing, maintenance of CRR, SLR, CRAR, Minimum net owned fund requirements etc. Following are the main regulatory measures for UCBs:

(b) Maintenance of CRR and SLR: The UCBs have to keep the SLR as per the RBI requirements.

Regulatory trends for UCBs in recent years are in accordance with the challenges they are facing. Earlier, in the context of the big challenges for UCBs, the RBI appointed High-Power Committee (Chairman: K. Madhava Rao, 1999) to review the performance of UCBs. As a follow-up, the RBI introduced further measures to strengthen the UCBs.

Failures of cooperative banks like the Madhavapura Mercantile Cooperative Bank brought stringent regulatory control over the cooperative banking system. Recently, the failure of Punjab and Maharashtra Cooperative Bank compelled RBI to tighten regulations along with government efforts to give more powers to the RBI by amending the Banking Regulation Act in September 2020. 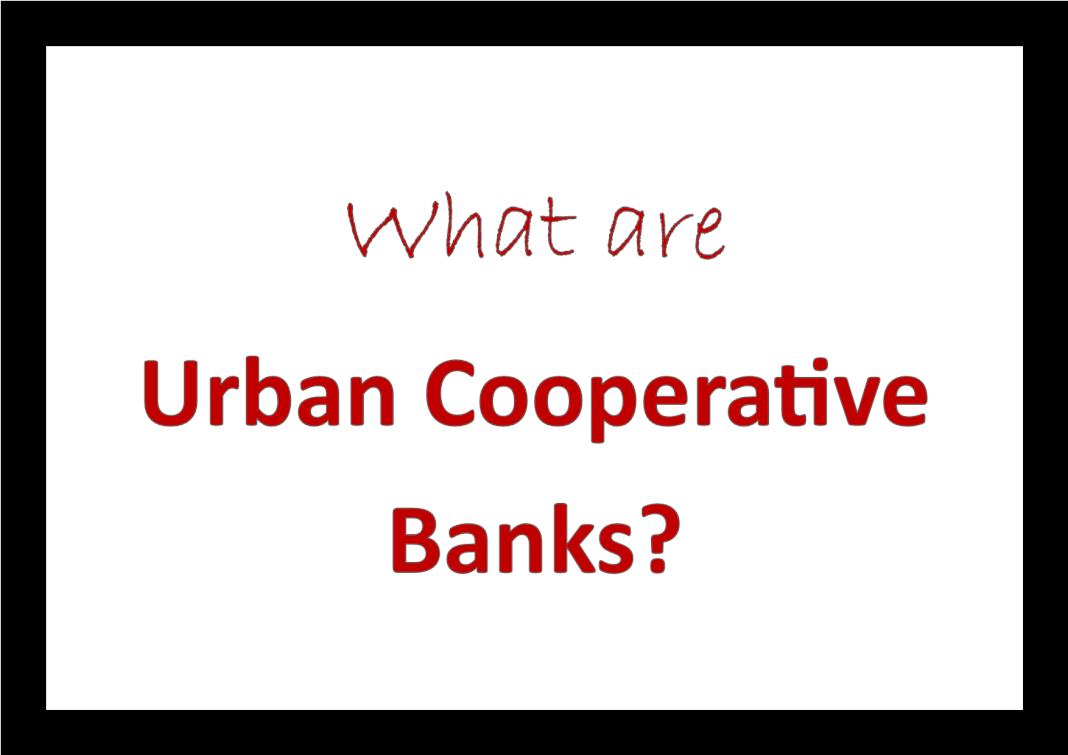 What are Exchange Traded Funds (ETFs)?

What is unique about Direct Income Support scheme (PM-KISAN)?