Home Classroom Nobel Prize in Economics 2019 -Why this poverty study is unique?

The 2019 Nobel Prize in Economics was awarded to economists Abhijit Banerjee, Esther Duflo and Michael Kremer for their pioneering work on fighting global poverty.

Banerjee and Duflo belongs to the Massachusetts Institute of Technology whereas Dr Michael Kremer belongs to Harvard uty.

Duflo is the second woman and the youngest person to ever receive the prestigious award in the field of economics.

Abhijit and Duflo have written a popular book – “Poor Economics”, glancing their approach on poverty understanding.

There are hundreds of big works on poverty – the starkest economic problem that the world is facing. Already, economists like Amartya Sen, Martin Ravallion etc have made tremendous contributions not poverty studies.

The remarkable feature of the three intellectuals’ work is that they adopted an empirical and experimental field study-based approach in understanding and finding solutions to poverty.

The Swedish academy said the winners had shown there was a need to adopt new approaches in the fight against poverty. This approach was based on field trials than just making prejudiced enquires as followed in the past.

Their work on poverty is based on the idea that to understand, solve and design remedial measures to poverty, a micro (means case by case) and experimental (field) study is needed.

Here, poverty related issues should be broken down into smaller pieces and studied via small field experiments to answer precise questions within the communities who are most affected.

Economists points out that Abhijit Banerjee and his associates are the pioneers in the Randomised Controlled Trial technique in economic research. This methodology is widely used in medical science and psychology.

The approach followed by the economists here was an experiment based one.

Dividends of the experimental approach to poverty

The Swedish Academy also counted the empirical contributions of the thee in tacking the poverty problem.

“As a direct result of one of their studies, more than five million Indian children have benefitted from effective programs of remedial tutoring in schools. Another example is the heavy subsidies for preventive healthcare that have been introduced in many countries,” said the Swedish Academy of Sciences.

The experimental and survey-based approach has made their work valuable to fight poverty. Poverty has been studied empirically by these three. 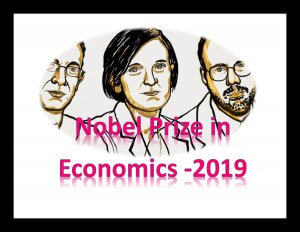