Home Classroom What is inverted duty structure under GST? 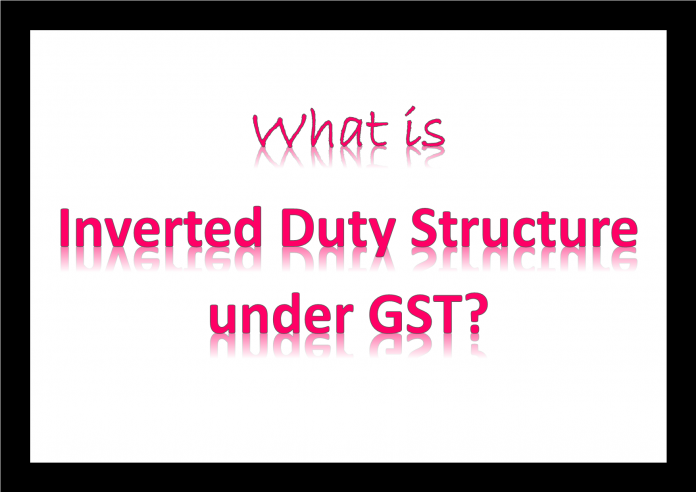 Take an imaginary situation of tyre industry, the tax rate on natural rubber (input) purchased is 10% whereas the tax rate on rubber tyre is 5%. Here since the tax rate on input is higher than that on the finished good, there is an inverted tax structure.

The normal situation is that tax on inputs used is lower than the tax rate of the finished goods. Inverted duty structure is usually prevalent in the case of customs duty (import duty).

In recent times, the inverted duty structure in GST is causing several administrative problems in GST.

What is Inverted Duty Structure under GST?

The same situation of inverted duty structure is occurring in GST as well.

Understandably, a producer may be using inputs to produce his finished product. But the tax rate of the inputs may be higher than that of the finished goods.

In simple terms, it means GST rate for raw materials have a higher tax rate whereas the GST rate on finished goods are lower.

Table: example for inverted duty structure (for understanding stake only)

What are the problems with the current inverted duty structure under GST?

The inverted duty structure is causing several administrative problems in our GST system.

(1) taxpayers will have accumulated credits in the form of refund claims with the tax Department.

(2) the inverted duty structure is a revenue loss for the government as it has to refund the tax already paid (in inputs).

(3) Under GST, the inverted duty structure is identified for goods and not for services. Or in other words, there is recognition for ‘input good’ and not for ‘input services’.

Understand that an important feature of the GST system is the input tax credit that can be availed by a producer. This means that the producer can deduct the tax that is already included (and paid while the finished good producer purchased the input) in his inputs and has to pay the remainder tax on the finished product.

This refund is often delayed as it is to be verified. Such a situation often led to confrontation between the taxpayers and tax authorities.

Restricting input tax credit in the case of IDS was made after an amendment of the GST Act in April 2018. Hence, the scope of tax refund on inputs only and not to input services. Again, in June 2018, the amendment was given retrospective effect from the date of implementation of GST i.e., from July 1, 2017.

Bulk of the refund demand due to inverted duty structure (IDS) come from the manufacturers goods of lower tax slabs (5 per cent or 12 per cent.

Government estimate that it is losing revenues of nearly Rs 20000 crores annually because of the tax refunds on account of the Inverted Duty Structure.

Some experts observe that the solution for tax credits under IDS is to reduce number of tax rates. At present, there are four GST rates – 5%, 12%, 18% and 28%. 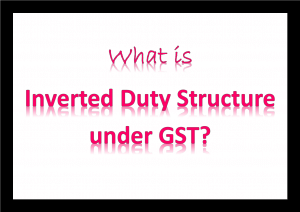 What is transfer and what is remittance?