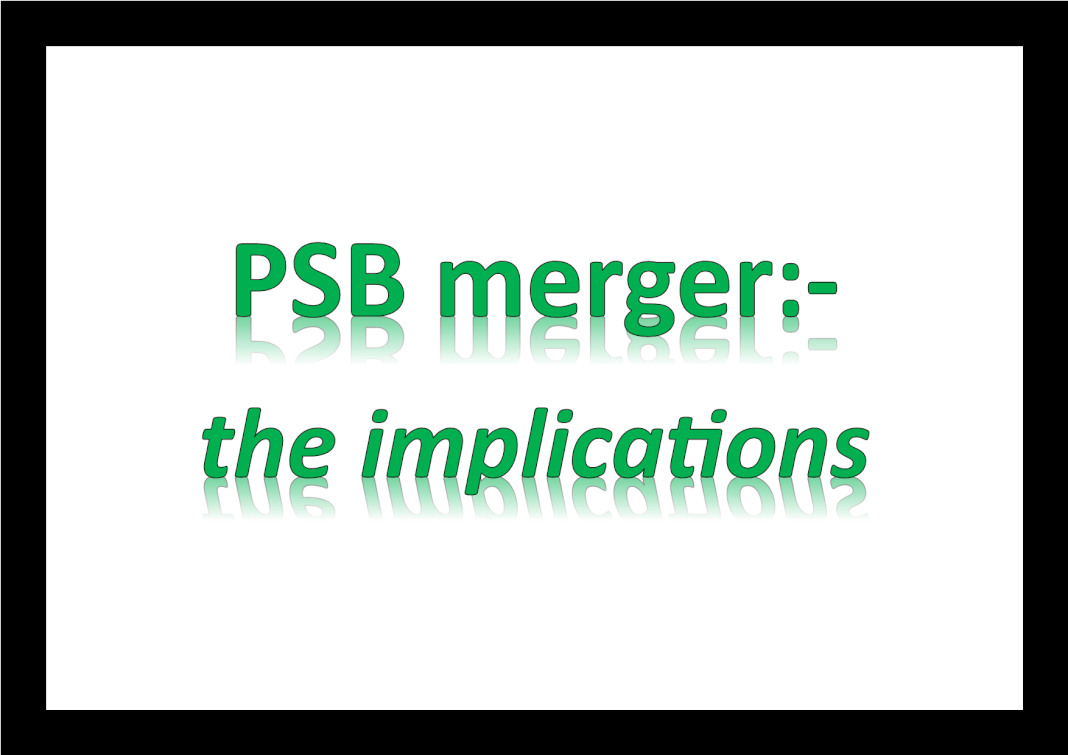 Following are the new entities formed after the amalgamation announced by the Finance Minister on 30th of August 2019.

Along with this merger decision, the Finance Minister also unveiled some governance reforms for the PSBs besides announcing capital infusion into selected PSBs.

Government says the road map is for 12 PSBs

The latest round of merger consolidates India’s PSBs under 12 banks compared to 27 in 2017 ie, before the announcement of State Bank of India and associated bank merger. This latest phase of consolidation which is the final one according to the Finance Secretary Rajiv Kumar, came when the country is celebrating the 50th anniversary of first bank nationalization in 1969.

As of now, the road map is final and 12 is the final number; according to the Financial Secretary Rajiv Kumar.

Several benefits are pointed out by the government to support the restructuring of PSBs. When the large entities are created by merging the existing small businesses, it brings some economies of scale advantages like low costs. Following are the main advantages expected by the government out of the consolidation.

Financial Services  Secretary Rajiv Kumar told that the purpose is to build Next Gen Banks.

Following are the 12 PSBs and their ranks in terms of asset size after the latest round of consolidation.

Table: New PSB structure after the latest consolidation of PSBs

“To make management accountable to board, board committee of nationalised banks to appraise performance of general manager and above including managing director,” – the Finance Minister Ms Nirmala Sitharaman said while announcing the consolidation.

Second is the appointment of Chief Risk officer with PSBs. According to the FM, a Chief Risk Officer will be appointed from the market by providing market linked salaries. Chief General Managers will also be appointed.

What is Revenue Budget?