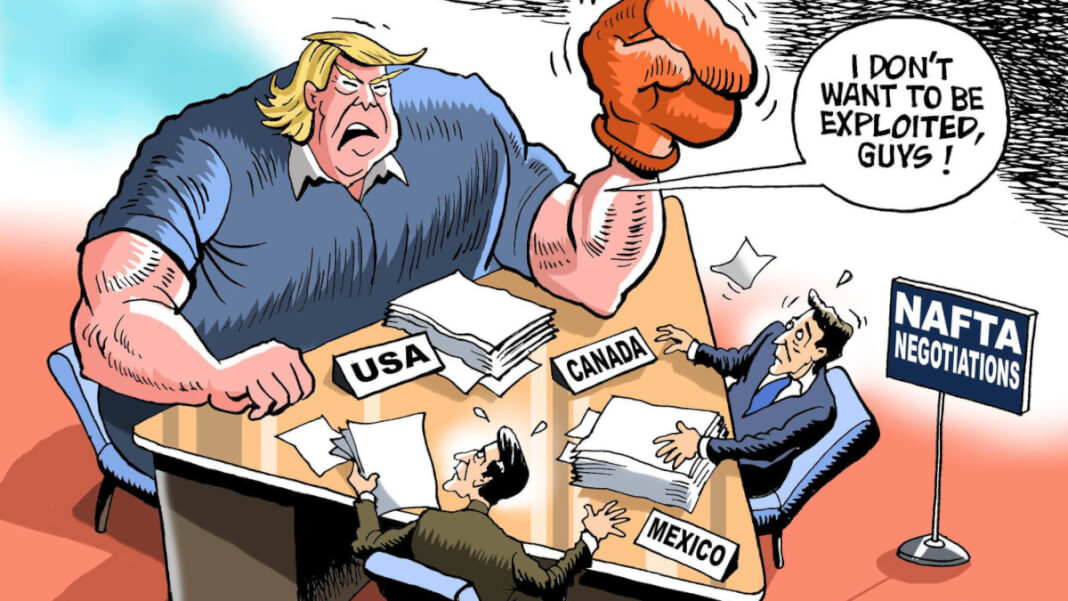 US President Donald Trump has made a characteristic trade agreement with Mexico that will reformat the existing North American Free Trade Agreement (NAFTA).

The announcement about US’s new trade engagement was made by Trump in a hastily arranged Oval Office event on Monday. Mexican President Enrique Pena Nieto joined the event through conference call.

The third member of the NAFTA- Canada is expected to join renegotiation soon.

“They used to call it Nafta. We are going to call it the United States-Mexico Trade Agreement,” -Trump said, adding that the term Nafta — which he described as the “worst” trade deal in history, and it had “a bad connotation” for the US.

During the election time, he criticised trade agreements including NAFTA and argued that all such agreements worked against US interest.

NAFTA was signed between the US, Canada and Mexico in 1994 under Bill Clinton.

Trump blames NAFTA for wiping out US manufacturing jobs as companies were encouraged to make their base in cheap labour abundant Mexico.

In April 2017, US President threatened to withdraw from the trade agreement. But other two members – Canada and Mexico suggested a renegotiation of the agreement and Trump agreed.

There should be a ‘new NAFTA or no NAFTA’ was the message by Trump to the Congress in early this year.

The fresh consensus between the US and Mexico will bring pressure on Canada to come on to the negotiation table.

“With Canada, we will start negotiations shortly. We could have a separate deal, or we could put it in the same deal,” Trump said after the US-Mexico consensus.

But trade experts warn that by engaging early with Mexico, US can set terms in its discussions with Canada.

Chinese economy may shock the world in its deceleration – says...