Home Classroom What is the difference between Central Sector Schemes and Centrally Sponsored Schemes?

The central government has been designing and funding the various schemes that are implemented at the state and UT levels historically. There are a large number of such centrally supported schemes and programmes that touches the various sectors of the economy. After the change in the financial devolution between the centre and the states and especially after the abolishment of the planning mechanism, the structure of these schemes has been significantly changed. The central government’s schemes are now divided under two sets– the Central Sector Schemes and Centrally Sponsored Schemes. These two are categorized as schematic transfers from the centre to the states and UTs.

In the current context, the transfer from the centre to the sates comprises of these schematic transfers, Finance Commission transfers and GST compensation.

According to the XV Finance Commission, the schematic transfers from the centre through these two streams to the states and UTs amounted to 12.81 per cent of the gross revenue receipts of the Union Government during 2015-16 to 2019-20.

Restructuring of the schemes

After the Fourteenth Finance Commission award where states got more shares in central revenues, the schemes of the central governments were restructured with higher financial participation of the states. Following are the categorisation of the central sector schemes and centrally sponsored schemes.

What is Central Sector Schemes?

What are Centrally Sponsored Schemes (CSS)?

Centrally Sponsored Schemes are the schemes by the centre where there is financial participation by both the centre and states. Historically, CSS is the way through which central government helps states to run its Plans financially.

A stipulated percentage of the funding is provided by the States in terms of percentage contribution. The ratio of state participation may vary in 50:50, 60:40, 70:30, 75:25, or 90:10; showing higher contributions by the centre. Various central government ministries directly transfer money to the state governments. Implementation of Centrally Sponsored Scheme is made by State/UT Governments.  Centrally Sponsored Schemes are created on areas that are covered under the State List. The MGNREGA is a centrally sponsored scheme.

Restructuring of the CSS

The CSS have undergone drastic restructuring after the recommendations of the XIV Finance Commission. Higher tax share and devolution from centre to states necessitated transfer of several schemes to the states. In this context, the restructuring of the CSS was a major outcome of the recommendations of the XIV FC. Similarly, states were given more flexibilities on the implementation of projects. Later, the NITI Ayog created Chief Minister’s Panel recommended reduction of number of CSS from 66 to 30. Now, as per the budget 2022, there are three types of Centrally Sponsored Schemes.

Restructuring came into effect from 2016-17 budget onwards and the number of schemes were reduced. As per Budget 2022, there are 50 centrally sponsored schemes. Out of these, core of the core are 6, core schemes are 43 and one scheme is included under others.

Centrally Sponsored Schemes are divided into three: core of the core, core and optional. Though each scheme envisages financial participation from the states as well, the state share differs for different schemes. Similarly, geographically difficult states will get higher central share.

Financing of core of the core schemes: these schemes comprise six umbrella schemes. After restructuring, the Core of the Core schemes will retain their expenditure allocation framework. Most of these schemes prescribes specific financial participation by states. For example, in the case of MGNREGA, state governments have to incur 25% material expenditure.

Financing of core schemes: In the case of core schemes, the funding pattern is 60:40 for centre and states respectively. But for difficult states (NE and Himalayan states), there will be 90:10 pattern.

Financing of Optional Schemes: For these schemes, the normal funding pattern is 50:50 and for difficult states its 80:20. States have the flexibility to decide whether to initiate a specific scheme or not. As on 2022, there are no optional schemes. 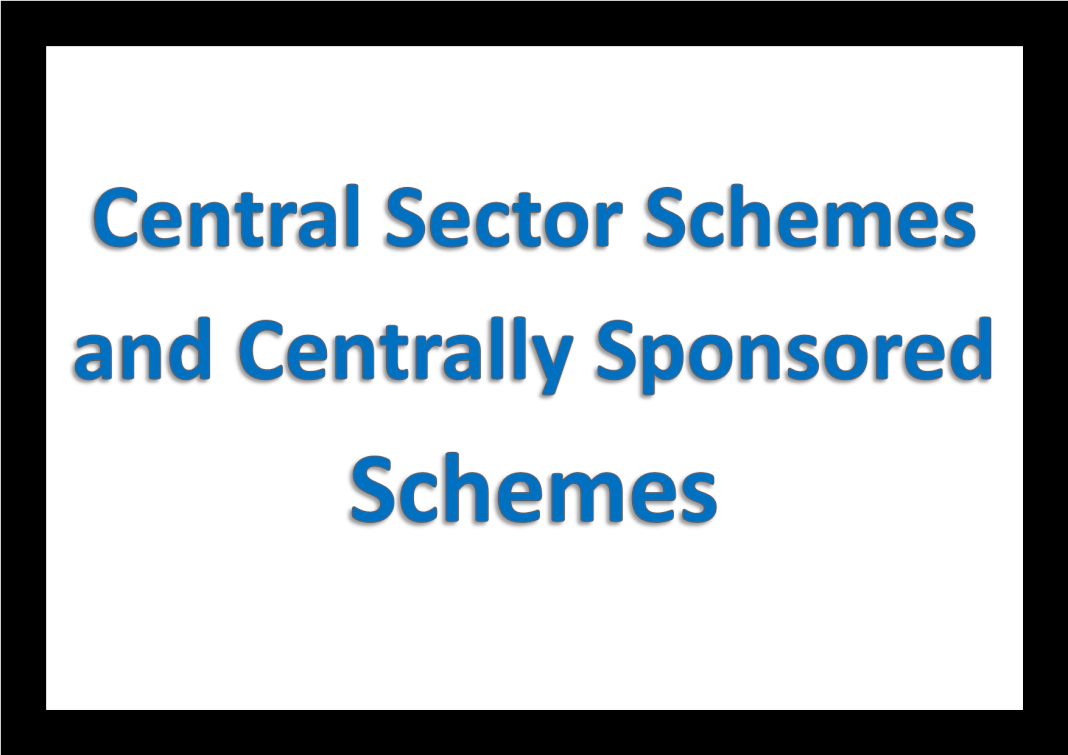 Why GST is a friendly tax regime for MSMEs?